CAMBODIA, a fascinating country on Kindle

I have traveled many times in the Kingdom of Cambodia in recent years and have taken so many photos.
The best shots from the thousands of photos I took were divided into nine categories and included in this photobook.
I hope many of you will use this collection to help you better understand Cambodia, a very attractive country. 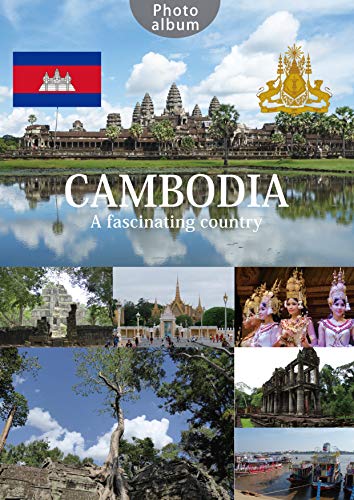 Contents of 9 fields:
1 Angkor monuments (20 photos)
The Khmer Dynasty, which thrived on the Indochina peninsula from the 11th to the 12th centuries, built numerous temples in the land of present-day Cambodia. Among them, there are photographs of those representatives monuments such as Angkor Wat and Angkor Thom.
2 Angkor remote ruins (8 photos)
Several temples built by the Angkor Dynasty as bases for defending the northern border area.
3 Apsara dance (4 photos)
A classical dance in which beautiful Apsararas (goddesses) wish for the happiness of people, and has been inherited from the time of the Angkor Dynasty.
4 Royal Palace (7 photos)
Cambodia became a new Cambodian kingdom in 1992 after numerous civil wars and wars with neighboring countries. The present of the royal palace in the capital Phnom Penh.
5 Modern temples (6 photos)
Some of today’s typical Buddhist temples in Cambodia.
6 Cityscapes (17 photos)
Buildings that remain from the time of French rule, and indispensable vehicles for people.
7 Waterside scenery (9 photos)
Life of people living in Cambodia’s waterside blessed with rich water from the old days, and scenery of waterside reminiscent of ancient times.
8 People (17 photos)
Smiles of working people, happy families, and children.
9 Khmer pottery (5 photos)
Khmer pottery was discontinued due to the decline of Khmer civilization, but it was revived with the cooperation of Japanese volunteers.